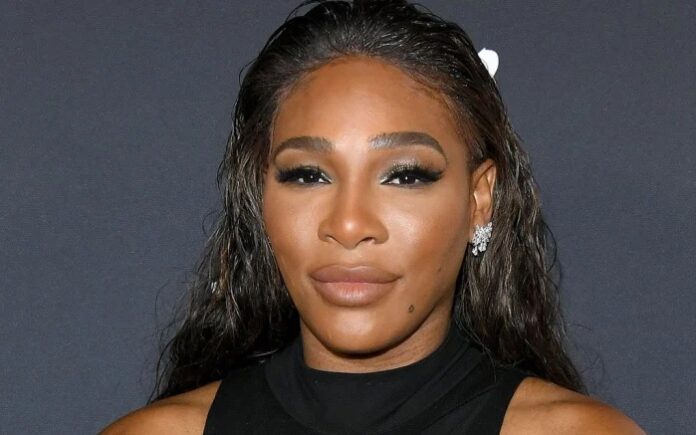 Serena Williams says she doesn’t know when she will retire from tennis and is just “living for the day” as she balances her sporting career with outside interests. The 40-year-old is still chasing the outright Grand Slam record in women’s tennis, sitting currently on 23 to Margaret Court’s 24. But with a new investment fund and a wish to expand her family, it remains to be seen what happens. Serena Williams remains coy on her retirement plans, revealing that she is currently just “living for the day”. Williams, now 40, is widely considered the best player to grace women’s tennis in the modern era, with Margaret Court’s record of 24 Grand Slam singles titles just about the only target the younger Williams sister has yet to reach.

But having stated she would like to expand her family and with a new start-up investment fund – Serena Ventures – to manage, it’s clear there are other competing priorities in her life.

Speaking to Bloomberg, Williams said: “I think every tennis player thinks about the R-word [retirement] as soon as they hit five years because tennis is so intense, it’s literally 11 months out of the year.

“But I don’t know. I’m living for the day and I always tell people, ‘I’m not planning for tomorrow, only in business, and when it comes to tennis, I’m planning just for today.’”
Williams also had her say on the treatment of Naomi Osaka during the recent Masters tournament at Indian Wells, with the Japanese reduced to tears by heckling from the crowd.

Williams was famously given similar treatment by the crowd at ‘Tennis Paradise’ in 2001, and boycotted the tournament for 14 years until her return in 2015. “That was my whole life, trying to prove to people that I was better than that [their meanness],” she said.
“And that’s what I’m doing now in a different way. I love proving that athletes can turn and have an amazing career.”

Uncertainty continues to surround Williams’ return to the WTA Tour. She didn’t compete at Indian Wells, and there has been no indication she is planning to enter any of April’s clay-court tournaments that follow the ‘sunshine swing’.

Due to a playing absence that stretches back to Wimbledon 2021 where she withdrew with injury in the first round, Williams is currently ranked 240th in the world.

NBA & NFL Natasha Roy - November 30, 2022 0
Brittany Mahomes is now a mom of two! Patrick mahomes finally announced the birth of his baby boy on Instagram sharing the picture of...

Patrick Mahomes and His Wife Brittany Mahomes Reveals The Name Of Their New Baby...

NBA & NFL Natasha Roy - November 29, 2022 0
The name of Patrick Mahomes new baby is rumored to be Bronze Mahomes. This is from his last post with a chain caption “Bronze”...

Patrick Mahomes and Wife Brittany Welcomes Baby Boy – See The Name Of The...

NBA & NFL Natasha Roy - November 29, 2022 0
The couple announced the arrival of their second baby together by revealing the name of their son via a joint Instagram post on Monday. Alongside...

NBA & NFL Natasha Roy - November 29, 2022 0
Brittany and Patrick announced in May that another baby was on the way and due in early 2023. The couple announced the arrival of their...

Patrick Mahomes Chief’s Quarterback Reveals his Plans For His Next Games – Speaks On...

NBA & NFL Natasha Roy - November 29, 2022 0
After the Chiefs win on Sunday, keeping their title as the AFC’s No. 1 seed entering Week 13. But quarterback Patrick Mahomes was unhappy ...

Uncategorized Natasha Roy - November 29, 2022 0
It’s however very true to say Mahomes has been the best performing player in the Kansas City chiefs. In the previous football match of...

NBA & NFL Natasha Roy - November 29, 2022 0
fans had recently thought pregnant Brittany Matthews might have been giving birth when she was quiet during husband Patrick Mahomes‘ game on Sunday,...

Meghan Markle’s father, Thomas, admits to lying on his … but insists ‘royals...

NEWS Natasha Roy - March 27, 2022 0
Meghan Markle’s dad has bragged about his plans to continue cashing in on her, saying “the royals owe me” — and telling his daughter,...

SERENA WILLIAMS SAYS SHE DOESN’T KNOW WHEN SHE WILL RETIRE FROM TENNIS AND IS...

SPORTS Natasha Roy - March 24, 2022 0
Serena Williams says she doesn't know when she will retire from tennis and is just "living for the day" as she balances her sporting...